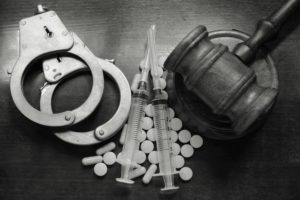 Mr. Dudley has extensive experience in defending federal drug crime cases. He has represented many defendants that have been charged with federal drug crimes, several of whom were charged under federal organized crime statutes.

Mr. Dudley is equipped to handle the most complex cases involving federal drug crime charges such as the possession, sale, distribution, trafficking, cultivating and manufacturing of a controlled substance. He has successfully defended against serious drug prosecutions across country, involving excessive amounts of:

He has also represented defendants charged with possession of equipment and chemicals intended for the production of a controlled substance.

Mr. Dudley fights to get the charges against his clients reduced or eliminated. He has consistently secured acquittals, dismissals and other favorable outcomes for defendants, many of whom had substantial evidence against them.

He recognizes that the evidence is usually strong in federal drug cases and is always prepared for the challenge. For the most part, the federal government usually doesn’t prosecute small drug cases. It is very interested in prosecuting conspiracies such as RICO conspiracies, which require a significant amount of evidence.

Mr. Dudley has almost unparalleled experience with illegal search and seizure law and almost always finds ways to achieve the lowest possible sentence for his clients.

Choosing the right federal drug crimes attorney to defense your case is important. To schedule an initial consultation with Mr. Dudley, contact our offices today. He will evaluate the details of your case and explain all your legal options in depth. His experience is vast; Mr. Dudley is admitted to the United States Supreme Court, seven federal circuit courts of appeal, and he has also been admitted to practice in 44 federal district courts.