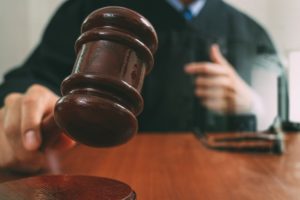 Attorney David M. Dudley has had the unique experience of handling cases at the trial level in 44 United States District Courts and 48 county and parish trial courts across the country. Many of his clients have faced charges simultaneously in multiple jurisdictions, generally in multiple federal courts, often in both federal and state courts, sometimes in different state courts.

Because of his nationwide experience, Mr. Dudley is better equipped to handle these multi-jurisdictional cases than other lawyers. By using that experience to resolve such cases creatively, Mr. Dudley has consistently obtained results for his clients that have been superior to those the client would have obtained had he or she hired a different lawyer in a different jurisdiction.

However, more often than not, multi-jurisdictional cases involve both state and federal charges or multiple federal courts. A defendant can be tried for the same crime in more than one court. If convicted state and federally, a prison sentence is first served in a state prison, followed by the federal sentence.

Some cases of this nature can be charged as Racketeer Influenced and Corrupt Organization cases. The RICO act was passed in 1970 and aimed at giving the federal government tools to attack organized crime. A RICO charge increases the severity of penalties. In order to qualify as a RICO case, prosecutors need to establish evidence of the existence of a criminal organization.

The RICO act also allows the alleged victims of RICO violations to file civil litigation against the alleged criminal. If successful, the plaintiffs can receive compensation as much as three times the amount of actual damages, plus the costs of the civil case and attorney fees.

Mr. Dudley has unparalleled experience handling multi-jurisdictional cases. Because of his vast range of experience, he brings to his client’s defense a level of competence difficult for other attorneys to match, regardless of the jurisdiction.  For nearly three decades, Mr. Dudley’s law practice has taken him across the country, representing individuals facing major criminal allegations in 36 different states. He’s handled matters in both the trial and appellate courts, state and federal, and is admitted to the United States Supreme Court and seven federal circuit courts of appeal.

To speak with him about your situation, contact our law office today.