David M. Dudley has handled nearly every type of fraud case prosecuted in federal court. He has tried and won numerous federal cases as a defense lawyer and can help you if you’ve been accused of:

What Is the Legal Definition of Fraud? 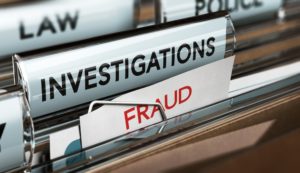 Fraud is defined in various ways, but the meanings are all similar:

What is the Department of Justice’s Fraud Section?

The U.S. Department of Justice operates a Fraud Section, devoted to being a “front-line litigating unit that acts as a rapid response team, investigating and prosecuting complex white-collar crimes cases throughout the country.”

Some facts gathered by the Association of Certified Fraud Examiners include:

The Federal False Claims Act covers false or fraudulent claims for payment made to the U.S. government. Some of the most common types of fraud covered by that act today are:

If you’re under investigation for fraud, it is important to hire an experienced and skilled white-collar crimes lawyer who can build you a strong defense. Mr. Dudley can help you at any stage of the process. To schedule a consultation, please contact Mr. Dudley today.