Appeals and Other Post-Conviction Work 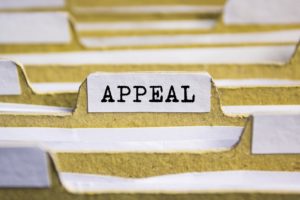 He has argued before federal appellate courts over forty times. He has also handled state court appeals in California, Texas, Maryland and Arizona. His work has resulted in reversed convictions or reduced sentences on many occasions.

There are two types of appeals, those that are “as of right” and those that are “by leave or permission.” An appeal as of right is guaranteed by legal principal, statute or the Constitution. An appellate court cannot refuse to listen to the appeal. In an appeal by leave, an appeals court usually has the discretion to refuse reviewing the lower court’s decision.

Structure of the Appeals Process

Most trials begin in local trial courts, and the next step during an appeal is to the state appeals court. If the appeal has not been granted it can continue up the ladder until eventually reaching the highest state appeals court. The next step up, depending on circumstances, will either be one of the circuits of the U.S. Federal Court of Appeals, or directly to the U.S. Supreme Court. Any trial originating in U.S. Federal District Court will proceed to a Federal Court of Appeals, and then possibly the Supreme Court.

The U.S. Supreme Court is petitioned for appeal approximately 5,000 times per year, and grants less than 5 percent of those cases in a hearing. For cases that are refused by the court, the lower decision stands, though a denial does not necessarily mean that the court agrees with the decision. It simply means that the court will not review the case.

What is a Writ of Habeas Corpus?

If you are imprisoned and you demand a Writ of Habeas Corpus, the entity that is holding you must explain why. If there is no good reason, the courts will set you free. In other words, it prevents you from being jailed without charges.

If you wish to file an appeal, contact Attorney David M. Dudley today. Mr. Dudley has experience handling criminal matters in the trial and appellate courts at the state and federal level, successfully representing defendants.