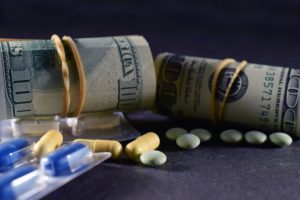 Some of the most common prescription drugs which are illegally distributed include:

If you are being charged with trafficking prescription drugs, you should be aware of the potential seriousness of your situation. Although charges and penalties vary from drug to drug, for most prescription drugs, trafficking is considered a first-degree felony. The exact penalties upon a finding of guilt will vary depending on the state but they are typically quite severe. In Florida, for example, if you are found guilty of trafficking 28 grams or more of morphine, you could face up to 25 years in prison and a $500,000 fine.

Only an experienced prescription drug trafficking lawyer can look at your case and determine what the best possible defenses are. Attorney David M Dudley is an experienced lawyer who, on the federal level alone, has handled more than 300 cases in the past 15 years. Call David at 800-805-6167 today for a free case evaluation.