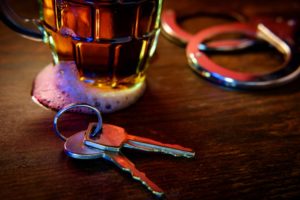 For many years, Mr. Dudley has represented defendants in prosecutions for driving under the influence (DUI). Recently, he has focused that aspect of his practice on defending felony DUI cases, including charges of vehicular homicide.

Particularly through his ability to attack the expertise of investigating officers and to challenge the reliability of forensic evidence, Mr. Dudley has obtained acquittals, dismissals and favorable dispositions for his clients in a good number of DUI cases.

Because he does not limit his practice to, or even focus it principally on, DUI defense, he is able to bring to such cases, particularly the felony allegations, insights which would not be available to those attorneys with narrower criminal defense experience, especially those attorneys who refer to themselves as DUI experts. Mr. Dudley has experience handling criminal matters in the trial and appellate courts at the state and federal level, successfully representing defendants.

A DUI incident that includes the death of another person will likely lead to vehicular homicide charges. It is the most serious type of DUI, and the charges can sometimes be raised up to second degree murder if there are aggravating circumstances. Aggravating circumstances would include things like prior DUI convictions, or egregiously reckless actions while driving intoxicated.

Felony DUI is a serious charge, and conviction will lead to serious punishments. Lengthy incarceration is likely, and it will usually be served in a prison rather than a jail. There are heavy fines, and driving privileges may be revoked permanently. In addition, the felony record can prevent returning to previous employment, and may prevent future employment.

If you are facing a felony DUI, you will need an experienced criminal defense attorney to help build you a solid defense. Mr. Dudley has the experience, the resources and the skill you need to minimize your penalties. To schedule an evaluation of your case, contact Mr. Dudley today.